Vincent Desjardins is an artist who really stands out for me on Spoonflower with his incredibly skillful, and often realistic, illustrations. I remember first being very impressed with his drawing skills in his entry “Dreamtime” for the bedtime contest, depicting the sandman sprinkling “his dream sand over sleeping children, dogs and cats”.

Another entry that blew me away was “Women of Science & Learning Toile de Jouy” for Spoonflower’s women’s day toile du jouy contest, which ended up ranking #2.

Vince also has an extensive selection of beautiful and practical art in his Etsy store.

Born and raised in Southern California, Vincent left in 1993 to live in Washington state for 14 years. He then moved to Bloomington, Indiana in 2007 to join his partner, who was working on his PhD at Indiana University. Although he has grown to love Bloomington, Vince misses the pacific northwest and being close to the ocean. It is his dream to someday move back to the west coast.

How did you come to be an artist?

“For as long as I can remember, I’ve always liked to draw. My mom was an aspiring artist who gave up her dreams of a career in commercial art to raise three kids. Before I was born she had enrolled in the Famous Artists Correspondence School (It’s still in existence, but I think the courses are now online). This school was founded by a lot of famous illustrators of the time, people like Norman Rockwell, Albert Dorne and Al Parker. As a student, she was sent 3 large volumes that were divided into chapters. There were chapters on composition, design, light and shadow, anatomy, color, etc. Each chapter ended with an assignment that the student was supposed to do and then mail to the instructors. They would then receive back a professional critique. Anyway, my mom found that she wasn’t able to complete the course and when I got old enough, she eventually gave the books to me. They were my introduction on how to draw. I was rather sickly as a kid and I used to spend hours going through those books and practicing my skills by copying the art work from them. My mom always encouraged me to draw and paint.”

What is your favourite artistic medium / technique?

“I used to enjoy working in watercolor, but for the past 20+ years, I have been doing the majority of my work digitally. After I graduated from the Otis Art Institute in Los Angeles in 1981, I got a job doing computer graphics.  It was a brand new field in 1981 and companies, like the one where I got a job, were willing to hire artists and give them on the job training. I was trained on a system called Genigraphics which later evolved into Powerpoint. Now, I do all of my work on a Mac and primarily use Corel Painter or Adobe Illustrator. I still love to sketch traditionally though and try and keep a sketch book handy. I love working with brush pens which give you a beautiful, painterly line.”

Do you have a (or several) favourite shape(s) and colour(s)?

“I’m not sure if I have any favorite shapes, other than I like to draw organic, fluid shapes, things like flowers and leaf shapes. As far as colours, I’ve always been partial to blues and greens.”

Are there any subjects you are particularly drawn to?

“As I mentioned in my previous answer, I do enjoy drawing flowers and plants but I also love drawing cute animals like rabbits, dogs and cats. I like to create scenes with a strong sense of light and shadow and I also like to draw places where I would like to be.”

What and who inspires you?

“I’m inspired by a lot of things, but especially vintage children’s book illustration. Some of my favorite illustrators are Erik Blegvad, Alice and Martin Provensen, Mary Blair, and Eyvind Earle. Blair and Earle both worked for Disney doing design work for the classic animated films. The patterns in my Fairy Tale Woodland collection in my Spoonflower shop were all inspired by the background paintings that Eyvind Earle created for Disney’s “Sleeping Beauty.”

I am also inspired by things in nature. I enjoy taking photos of flowers in my garden and I often use those photos for reference in my illustrations.”

Would you mind sharing some of your plans, hopes and dreams for your career as an artist?

“For a long time, my dream has been to illustrate a children’s picture book. There is a lot of great talent and competition out there, so it’s a tough market to break into. When I have the time, I also enjoy writing, so I would love to see one of my own stories get published someday, illustrated by me, of course!”

Vincent Desjardins’ art can be viewed and/or purchased here:

My “Rhino Habitats” design called out for company, so I drew and compiled a little collection of coordinate fabrics: Rhinoceros Diet, Grass & Clover in Rain, Palmtree Triangles, Grassland, and Tropical Leaves (not shown here). They are still in my not-for-sale section on Spoonflower but I hope to make them available by the end of August.

A big thank-you to anyone who liked my design enough to bother voting for it! 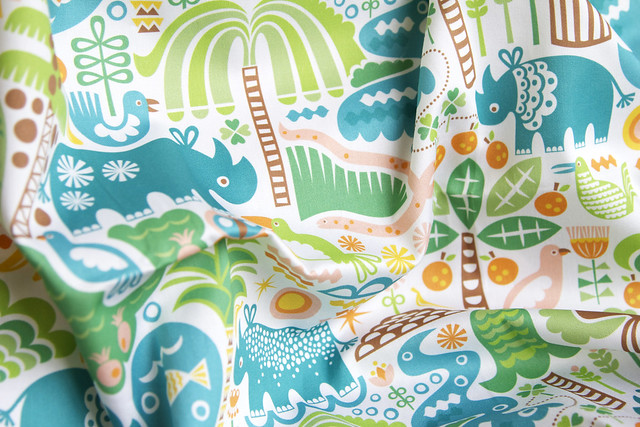 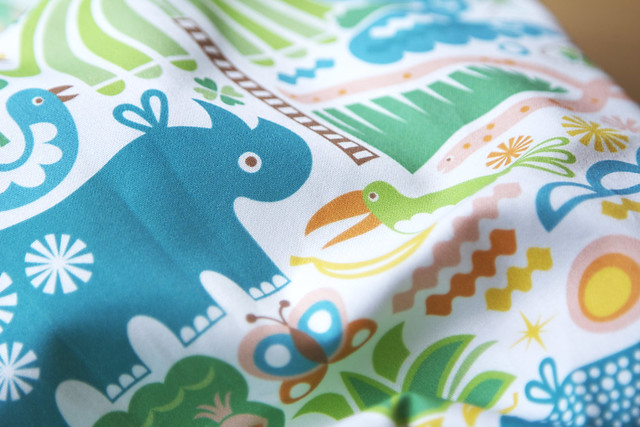 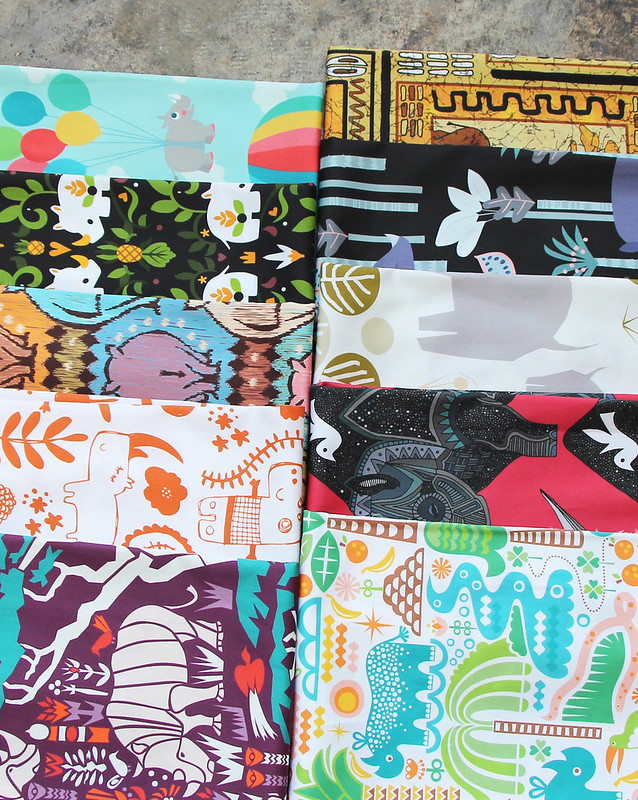 Finally, my website is up and running, at christinewitte.net. My wonderfully supportive partner put the pages together for me after I supplied him with images of my own illustrations. It may not be as flashy (also literally, using Flash, at least for now) as some other artists’ websites out there, but I like it! When you have a moment, please have a look! :)